The tugmaster looks outside the window. A huge aircraft carrier sails in front of him. The pilot on board asks him to pull astern, to slow down the vessel in this narrow channel. He is excited – it is the first time they have brought this huge vessel into port. But it feels familiar. He has done this operation before. On a simulator… Whether concerning big ships entering ports through narrow channels, the installation of platforms or the tow-out of a Gravity-based Structure, maritime operations are becoming increasingly complex. More people are involved and their role becomes more critical. To help the team execute their task in a safe way, simulations on a real-time simulator are crucial. Simulations need to accurately consider average conditions but also the extreme combinations of wind, waves and current, as well as emergencies, or the ‘what-if’ scenarios.

MARIN’s simulator centre started in the early seventies. Although our real-time, simulation models and simulation software platform XMF are super advanced, the last major update of the simulator bridges – the ‘hardware’ – was done in 1992.

The next step in this modernisation process is to build a modern, flexible simulator facility, the new Seven Oceans Simulator Centre (SOS). This facility can be used to simulate all kinds of maritime operations to the highest degree of realism, including situations with automated systems on board or with remotely supervised, autonomous ships. It can also be used to test new types of control systems and system interfaces. 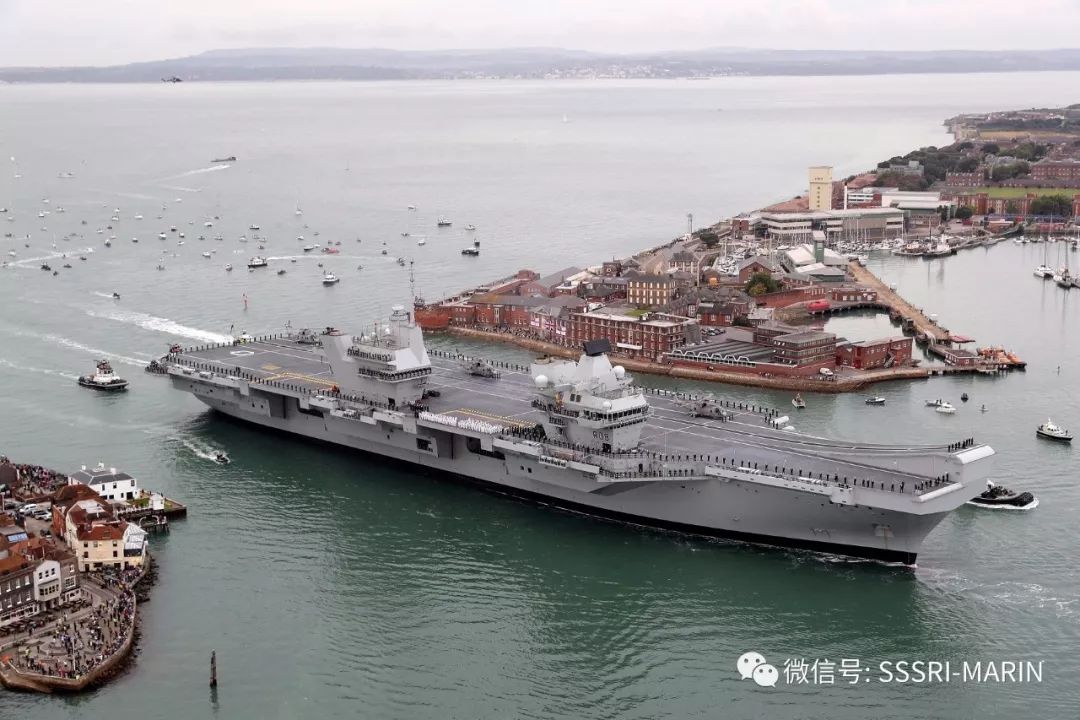 Britain’s future flagship HMS Queen Elizabeth sailed into her home port of Portsmouth for the first time today. Greeted by thousands of people lining the Portsmouth seafront, the 65,000-tonne carrier was met with the warmest of welcomes as she arrived in her home port just after 7am.
Royal Navy sailors lined up in ceremonial procedure on the flight deck of the mammoth ship, standing alongside civilian colleagues from the Aircraft Carrier Alliance, as she passed the Round Tower. The ship will berth at the newly-opened Princess Royal Jetty at Her Majesty’s Naval Base Portsmouth, which will be home to both of the Royal Navy’s new aircraft carriers. The second, HMS Prince of Wales, will be officially named in a ceremony at Rosyth next month.
Image taken from Spinnaker Tower

Another important goal of the Simulator Centre is to optimise a team’s performance during an operation. The new centre can monitor the performance and workload of participants and their interaction when executing the operation. Measurements of physiological parameters, such as heart beat or eye movements, combined with observation techniques like ‘face reader’, will give the instructor a clear picture of what is going on with the participants. By objectifying the human component the individual performance, team interaction and communication during the operation can be observed and optimised. Executing a balanced simulation program will give the client insight into the best methodology to execute the operation, and show them how to handle emergency situations and identify the optimal team composition. This all results in better and safer operations.

Offering real-time simulations with the highest degree of accuracy and realism possible is MARIN’s ultimate goal with the new SOS Centre. This requires visualisation solutions where the trainees feel fully immersed. For this reason the facilities will be equipped with projection systems that give the participants a near 720-degrees view to look up to the tip of their crane during lifting operations, and down on the quay during berthing operations.

Additionally, MARIN is experimenting with visualisation techniques that go beyond augmented reality. These are expected to play an important role in future simulation experiences as well.

We have teamed up with Rockwell Collins to integrate MARIN’s real-time simulation framework Dolphin with Coalescence™, Rockwell Collin’s mixed reality training system for air, land and sea domains. The system merges the trainees’ real-world view with a synthetic environment, giving the trainee the impression he is working in a photorealistic surrounding. Through a virtual-reality headset he is able to see real-world elements in an immersion of the virtual environment. This innovative technology gives trainees the opportunity to interact with real equipment, like the telegraph and rudder using their hands and to interact with other people.

MARIN started the integration steps approximately a year ago. Integration is done by means of a common interface standard, through which vessel positions and motions and environmental elements such as wave conditions, wind direction and weather, are being communicated, thus providing a true-to-life simulation experience.

The system requires a very small footprint and can be scaled up easily by integrating different bridges or multi-trainee setups. Through the underlying architecture, distributed simulation training sessions such as anti-piracy operations with multiple, fast raiding interception and special forces’ crafts, gunmen and helicopters involved, are no longer a utopia.

A first prototype was demonstrated and well received at the I/ITSEC in Orlando 2016 and at ITEC in Rotterdam this May.